Milk is Too Sexy for My Mouth

Why is it good to “disseminate” information? Why don’t we say “ovumate” information? Why is “seminal” the origin? Why not: “It was the ovumal idea”? Because the ancients did not recognize women’s contribution to the birth process. That would have been threatening to male egos. They thought women were just big reproductive sacks; consequently, they needed to control those sacks.

The control of mammals sparked written language. Mammals are named for their mammaries. Our metaphors, words, and even letter shapes reflect this male domination of milk producers. Why else do “B” and “V” swap in so many languages? Why is the woman character—女— in so many Chinese words? Because woman’s bodies are the underpinning of language.

Humans are in denial about their animalistic tendencies. Males are progenitors because their body was made to penetrate. That penetration often produces copies. These copies must be born by females. The consequence of something so necessary to males that results in replication inside females—and the burden on the female and her existing family—makes this reproductive behavior taboo unless legitimized by those in power,who often stand to benefit when sanctioning sex. No surprise that evolution has crafted a situation where a preference by one sex is to the detriment of the other. Who said nature was fair?

But consider this: We could learn languages faster if only we recognized this theme of female domination in all ancient written scripts. And in modern concepts as well. The Hooters’ restaurant claims that its theme is owls’: the logo depicts the bird with large eyes. This does not negate the fact that waitresses are selected for their large breast sizes. A key point: these ideas are not mutually exclusive! The logo does show owls with large eyes, and women are hired because they have large breasts. In a modern context, this sexual innuendo can be seen as a joke. But this same innuendo created the code that became our alphabet.

Metaphor is employed to both enlighten and disguise. Metaphor is useful to map a new idea to a known one, but it also is useful when one doesn’t want to completely reveal what one is talking about. It is the “nudge nudge wink wink” mentality. When one has a homogenous culture, one doesn’t have to spell everything out. In cuneiform, hieroglyphs, and Chinese Han characters, the focus on female body parts is even less hidden than in the alphabet because they are older scripts. Male interest in large breasts of women appears to be a capacity issue that has been bred into the species because milk nurtured us all. Seems like milking an issue has some value. 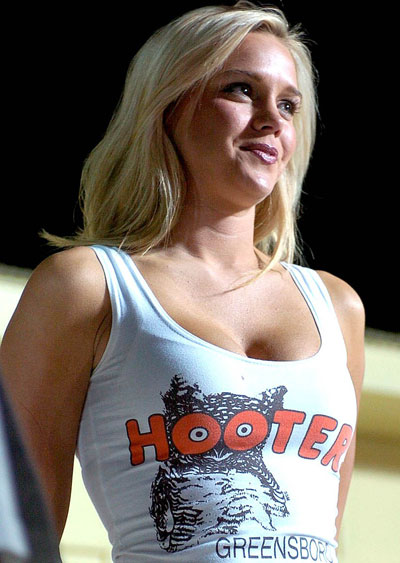 We could learn languages faster if we recognized the theme of female body parts in all ancient written scripts.