Was Chinese simplification a way to make the characters look less like pictures?

Pinyin on top, my pronunciation (Californian) on bottom

“g” sound made at back of nose

Traditional/Simplified (see below; the slash denotes traditional first when it exists)

Only examples of “R”:

Tone Sandhi (so we can all learn…)
From: http://www.shlrc.mq.edu.au/masters/students/raltwarg/di_tone.htm

“Tones vary based on their context. These changes, and the rules with which they are associated, are called tone sandhi. The canonical sandhi of Mandarin relate primarily to Tone 3:

1. Tone 3 + Tone 3: When two tone 3…syllables are adjacent, the first one changes to tone 2….This applies to strings of any length of tone 3 syllables (but may be affected by phrasing):

An example of Mandarin speech from the same website: 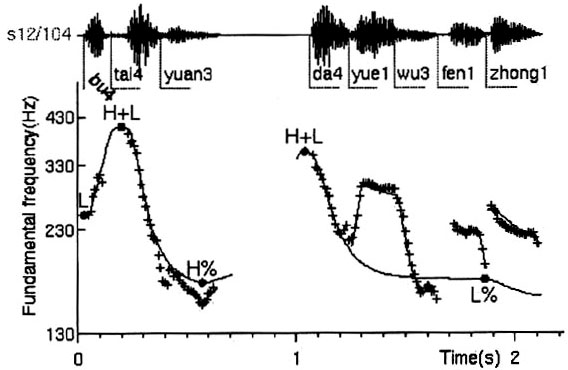 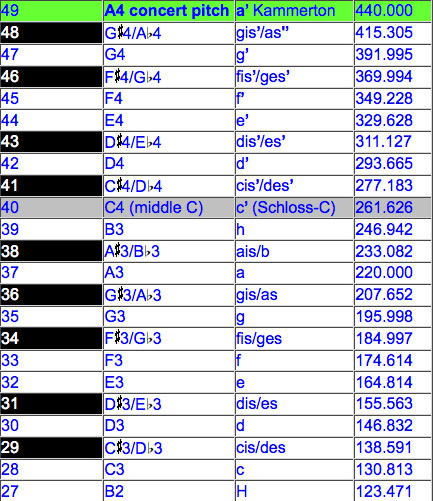 “[Chao68] also indicates ‘morpho-phonemic’ tone sandhi, tones which change four different characters in different contexts. These are…the words for seven, eight, one, and not (Pinyin: qi, ba, yi, bu). Of these, the tone sandhi for seven and eight are ‘optional’, and I will therefore refrain from further explanation of them here. In citation form, ‘bu’ is a tone four syllable, and ‘yi’ is a tone one syllable. In connected speech, they both appear in tone 2 before a tone 4, and in tone 4 before other tones.”

This analysis of speech suggests that my earlier quote about Tone 1 being a “D” is incorrect. It is clearly more complicated than that.

开 心
kai1 xin1 = open
(That’s the official form of “heart” on the right; keep in mind that major characters have more than one form.)

Also, Ms. Mau said we can use a character which means “duplicate” instead of repeating characters.

I couldn’t find this online, so I asked my native-speaking friend, Ms. Lin. This is what she said:

“I learned this [character] from my mom a long time ago. However, I have never seen it written in a text book or any sort of formal writing. My mom calls it the lazy way of writing the second character. maybe that’s why you won’t find it in a dictionary. I just did a search, I can’t either. Other than seeing it in handwritten form…I haven’t seen it typed in text before. I don’t even think it has a sound or pinyin. Also, I believe it’s a rather ‘new’ character.”

This example illustrates the coherence Chinese culture. Here is a character that is not in any dictionary and it has no name, yet it is known. It only passes through word of mouth. This is why so much of Chinese can be understood by native speakers through context.

almost looks like one of these two characters meaning “many” duo1: 多, except that the foot is cut off. So a truncated, single version could mean just one more. Interesting that the word is “duo” and you see two characters, which is consistent with our word “duo.” Chinese and English are much closer than most people realize. It’s all a matter of perspective. Take the “map view.”

Uncle: Why do you suppose it means “surrender”?

“Someone you don’t know, you just call ‘Uncle.’” A Ms. Mau quote, explaining the complexity of relationship names in Chinese, but implying that every strange male is “Uncle.” Perhaps this is why Milkah gave eight children to her uncle in the Bible. In a time when you didn’t know your father, every older male was uncle. Keep in mind that genetic testing now shows that 10% of the population tested thinks that their father is someone other than their father. Historians believe this number was a lot larger in the past. Why do you think 好 means good? This is not showing “woman” and “man,” this is showing “woman” and “child.” An important distinction. Men weren’t paired with one woman until very recently.(and even now it’s often serial monogamy). 子 means “child; midnight; son; child; seed; egg; small thing” (MandarinTools.com). Midnight might be the time when someone surprises you and implants a child. We exist because our ancestors liked sex.

弟 弟
Younger Bro di4di (deedee) Based on the description below, younger brother has an “arrow” inside his “bow.” Read this as euphemism. That’s why you pity him.

related to: 弔= pity “This character is supposed to be a picture of an arrow stayed on the bow [弓= bow], hence ‘to pity,’” page 74, Reading & Writing Chinese, Traditional Character Edition. Willam McNaughton and Li Ying.

She’s the kid sister because you’re not supposed to have sex with her yet. This “not yet” character is a tree with a cross that would seem to signify a barrier. Since women are often associated with trees, this is a tree standing in for a woman. According to China, A History of the Laws, Manners and Customs of the People” by John Henry Gray (America: Dover, ©2002; originally published in 1878), which I bought at the Huntington Library:

“In the beginning, so Chinese writers relate, when all was darkness and confusion, there came from a vast egg, which divided itself into two parts, a human being, who is, and has always been known in Chinese annals as Poon-koo Wong [and he made some stuff similar to God at the beginning of Genesis]….Then he called into existence the five elements of earth, water, fire, metal, and wood…Chinese writers say also that, in order to people the earth, Poon-koo Wong made a cloud of vapour rise from a piece of gold, and a similar cloud from a piece of wood. By breathing on them he gave to the vapour which arose form the gold, a male principle; and to that which ascended form the wood, a female principle. From the union of these two clouds or spirits, sprang a son and daughter….and the descendants of this pair…overspread the whole country.”

Adam and Eve are Gold and Wood. Note that wood is the last element. When do women get a break? They’re wood, they’re animals, they’re beasts. All because we have milk and bear children. Early man, besides being jealous, wanted to control that for himself. Which is why women still cannot control their own bodies in most countries, including the U.S.

Ms. Mau says, “Disrespectful to call your relatives by their actual names.” Much nicer and preferred to refer to relatives with relationship names. Claims kin this way, acknowledges relationship.

Step-relatives:
繼/继
ji4 = to continue; to follow after; then; afterwards; to go on with; to succeed; to inherit 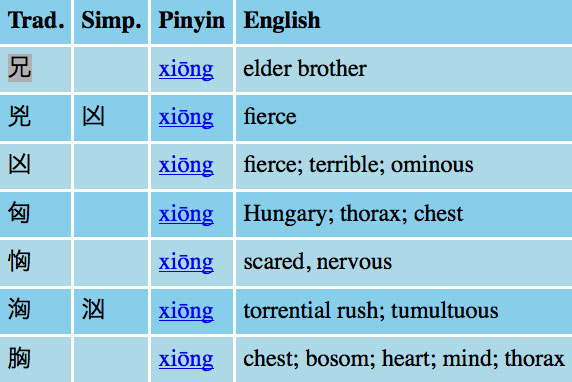 How many brothers and sisters do you have?

個/个 (ge4) = individual classifier (note that the simplified form looks like an arrow, which points to “these” individuals)

我有两个姐.
Wo3 you3 liang3ge3 jie3.
I have two older sisters.
Er4 is only used for counting, liang3, meaning “two” is used in terms of relatives.

兩/两 liang3 = two
Here is a case where the simplified is almost as complex as the traditional. An even better example of this is next.

車/车 che1 = car; a vehicle; machine; to shape with a lathe
The traditional character is much nicer and easier to remember than the simplified, and looks like the axle of a car from an overhead view. This shows that the simplification process may have more to do with making the characters seem less like pictures and more conceptual in the mistaken belief that the alphabet is not pictures (please try to explain the B/V swap as anything other than breasts/vaginas: I dare you). Evolution of script has many pressures, some being societal, some being animal. When one dictator changes an entire script, it remains to be seen how long it lasts. In Korea, Hangul, the alphabet that Sejong the Great was created in the mid-1400s, and is still used today. One might argue that an alphabet is more addictive a writing system than logographic. According to Wikipedia, “Hangul was designed so that even a commoner could learn to read and write; the Haerye says “A wise man can acquaint himself with them before the morning is over; a stupid man can learn them in the space of ten days.”

東/东 dong1 = east
At least these characters have simplified in a similar direction. This character used to depict the sun rising through a tree. Now it would seem to depict a small car.

As Harvard linguist Deborah Fallows puts it in Dreaming in Chinese, Mandarin Lessons in Life, Love, and Language, page 119, “One way Chinese makes a lot of compound words is to glue together two antonyms, or opposites, into a new whole. This fits right in comfortably with the concept of yin yang, which still permeates Chinese philosophy….even today.”

respectful terms for husband and wife:
先生
xian1 sheng1 = husband, this is also used for teacher, either sex; literally means “first born.” Confucious is a xian1 sheng1 先生
太 太
tai4 tai Mrs., = wife or older lady with respect. (Implies she had children and clearly large breasts; see my other documents about the commonality of the double-T sound representing women and signifying for mammaries.)

These are all jun4, the same character.
Keep in mind that they look different depending upon the typeface.

These are all liang4, the same character.
Keep in mind that they look different depending upon the typeface.

苗 = Miao tribe; sprout
“Sprout” is key here, because it is really a euphemism for breasts (buds) over the “field” (vagina). See “Meow” is just another word for “cat” for more info.

條/条= measure word for long, thin things (i.e. ribbon, river, etc.); a strip; item; article
So this is measuring the thinness of the woman, probably in relationship to her breasts.

吸 = to breathe; to suck in; to absorb; to inhale

引 = attractive to lead; to divert (water); to guide

無/橆/毋/无 wu2 = not
All of these characters are related and mean “negative, not, lack.” According to Reading & Writing in Chinese by William McNaughton and Li Ying, this character 毋 is “a picture of a woman in irons. The relation of that to it’s present meaning is unclear.” I think a woman in irons pretty clearly means “don’t.” Ms. Mau says, “Wu2 is used for ‘not’ in poems and songs”; a poetic negative.

視/视= to look at; to regard; to inspect

Working on these two sentences. I must have written them wrong:
1) ni yao chi ge
2) wo mei yao er

This is what my friend, Ms. Lin, writes:

We are told that the right character (in this case, the one identical in both “prostitute” and “skill”) is solely phonetic and carries no significance in terms of meaning. However, I think it’s pretty clear that in this case—and I believe in many cases—the right character gives meaning as well. So does Geoffrey Sampson in Writing Systems, page 181, when he writes that radicals “are drawn from a small class, while phonetics are very diverse, so that most of the information (in the mathematician’s sense) is concentrated in the phonetic element of a complex graph.” This statement is the opposite of what most Chinese instruction would say, but I believe that Sampson is correct. The phonetic component also carries meaning. In the example below, the “disperse, pay” component from above switches to the left and 力 ”power, capability, influence” (Chinese Text Project) is added, which really is a penis, and you get the meaning:

What do boats and beds have in common? They both rock.